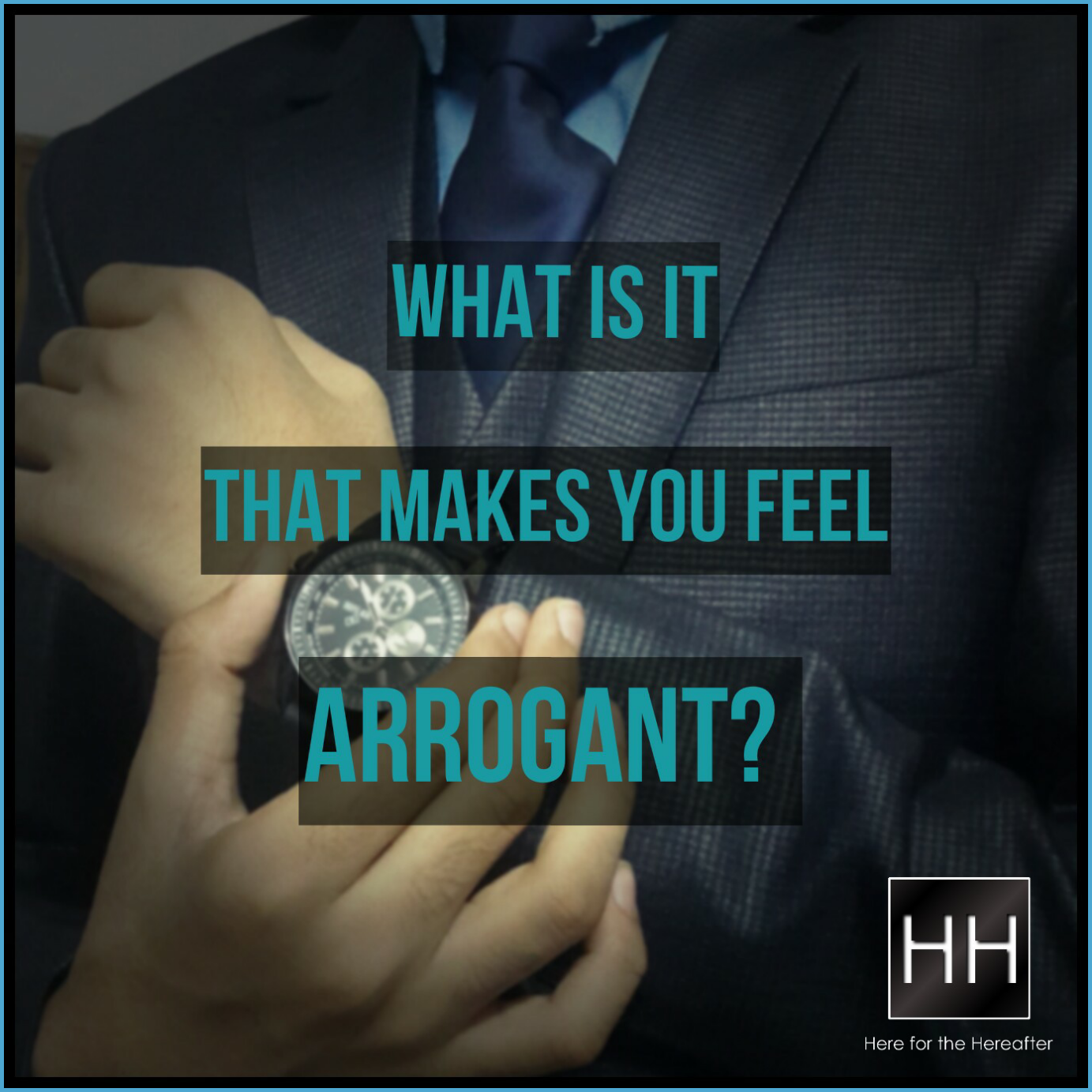 What Is It that Makes You Feel Arrogant?

You may have everything you needed in this world
Starting from a fancy car, a nice home and tonnes of gold

You have two eyes and a pretty good intellect
Otherwise you wouldn’t be reading this post,
why don’t you reflect?

Good looks, you may have and a pretty good height
Which you use to walk around with a lot of might

What is it that makes you feel arrogant?
When everything above isn’t your acquirement

You would have been in total dereliction
But you have been blessed with all of them,
how can you disobey Him with conviction?

The manner in which you were made and
the luxuries which you have been given
Remember, that they were never your possession

After reading this far, you may think in your mind
“What is the benefit of reading poems of such kind?”

Was it just for passing time without any reflection?
No. It shouldn’t be like that, that was never my intention

Just think about it once,  it is for you to decide
Whether to purify your heart from all that pride

We have been blessed with a lot of favours by Allah, but little do we reflect and thank Him for them. Instead, we walk around being arrogant about them when we didn’t even acquire them with our own efforts.
We have been given two eyes to see, ears to hear, legs to walk, hands to work and the list goes on. Have you ever imagined what life would be without just one of these things?

Indeed Allah has said the truth:

“And if you would count the graces of Allah, never could you be able to count them. Truly! Allah is Oft-Forgiving, Most Merciful.”
[Surat An Nahl: Ayah 18]

The Prophet Sallahu Alayhi wa Sallam (peace and blessings of Allah be upon him) once described the arrogant people.

It was narrated from ‘Abd-Allah ibn Mas’ood that the Prophet Sallalahu Alayhi wa Sallam  said:

“No one who has an atom’s-weight of arrogance in his heart will enter Paradise.” A man said, “O Messenger of Allah, what if a man likes his clothes and his shoes to look good?” He said, “Allah is Beautiful and loves beauty. Arrogance means rejecting the truth and looking down on people.”
Narrated by Muslim, 91.

Verily, Allah likes not any arrogant boaster. And be moderate (or show no insolence) in your walking, and lower your voice. Verily, the harshest of all voices is the braying of the donkeys.”

And who are the exact opposite of the people described above? Allah raises their status by saying:

“Verily, the most honourable of you with Allah is that (believer) who has At-Taqwa (i.e. he is one of the Muttaqoon (the pious)).”