Allaah, the Most High said:

O Prophet, tell your wives and your daughters and the women of the believers to bring down over themselves part of their outer garments. That is more suitable that they will be known and not be abused…

And tell the believing women to lower their gaze (from looking at forbidden things), and protect their private parts (from illegal sexual acts, etc.) and not to show off their adornment except only that which is apparent….

My Beloved Sister, the following is a significant hadith, so PONDER OVER it:

Abu Hurairah said that it was reported that the Prophet, sallAllahu ‘alayhi wa sallam, said:

“There are two types of people of hell that I have not seen: people who have whips like the tails of cattle with which they strike the people, and women who are dressed but naked, walking with an enticing gait, with their hair looking like the humps of camels, leaning sideways. They will not enter Paradise nor smell its fragrance, although its fragrance can be detected from such-and-such a distance. “[Reported by Muslim]

Would you NOT FOLLOW YOUR MOTHER Aaeishah and Umm Salamah, may Allaah be pleased with them both?

My beloved sister, A woman’s modesty and how well she covers herself is analogous to the strength of her belief (eemaan). Consider what your mother ‘Aaeishah, the daughter of Aboo Bakr, may Allaah be pleased with them both, said: I used to enter my house in which the Messenger of Allaah sallAllaahu ‘alayhi wa sallam, and my father were buried, I would remove my (outer) clothes and say: “It is only my husband and father (that are buried here). However, when Umar was buried with them, by Allaah. I would not enter except with my garment (properly) fastened around me out of shyness for Umar”.

What eminence is greater than this eminence, and what modesty is more esteemed than this modesty, whereby her modesty is unwavering even towards a man who is dead and buried under the earth! This is the nobility of your mother, so would you not follow her?

This is the condition of one whose deen is firm and strong. As for the one whose deen is flimsy and her faith is weak, then she prefers exposing herself by a hand span, or a forearm’s length or even more according to the fragility of her eemaan. My beloved sister, (know that) the essence of chastity is modesty!

THE CONDITIONS FOR THE HIJAAB ACCORDING TO ISLAAMIC LAW (THE SHAR’ EEAH) In order for the Hijaab to be in accordance with the Shar’eeah (Islaamic Law), the scholars say that it has to fulfill eight conditions; they are:

First: It should cover the entire body

Second: It should be loose and not narrow, so that it does not reveal the outline of the body.

Third: It should not resemble the dress of kaafir (disbelieving) women.

Fourth: It should not resemble men’s clothing

Fifth: It should not be transparent (or “see-through)

Sixth: And should not be an adornment in and of itself.

Seventh: It should not be perfumed with bakhoor any other fragrance

Eight: It should not be a garment of fame and vanity.

My beloved sister! Hijaab was legislated for COVERING, NOT FOR BEAUTIFICATION, ADORNMENT AND/OR ATTRACTION

Be aware that the different types of clothing that are sold in the markets as Hijaab, are not really Hijaab. (Please be aware that) what matters is the reality not the name. So it is upon you to wear the Hijaab that was previously mentioned along with its eight conditions so that you would achieve happiness in this world and the next.

These are samples of the legislated Hijab 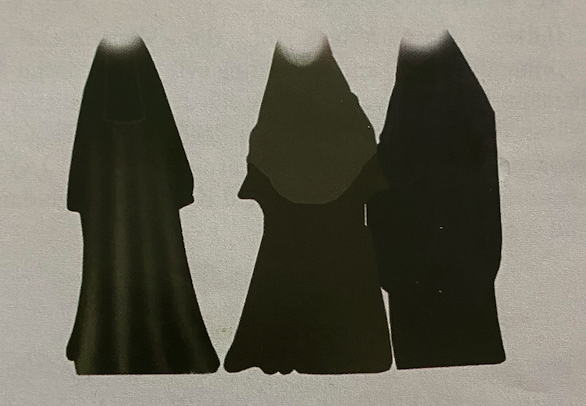 This is dressing up and not Hijab 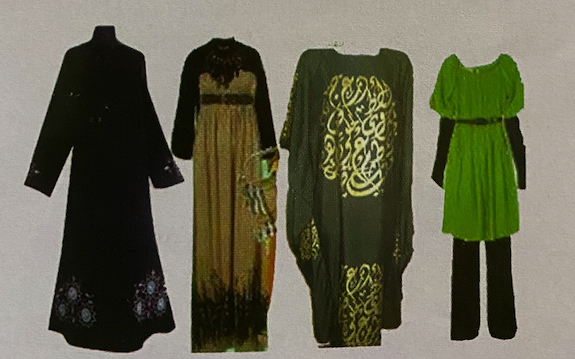