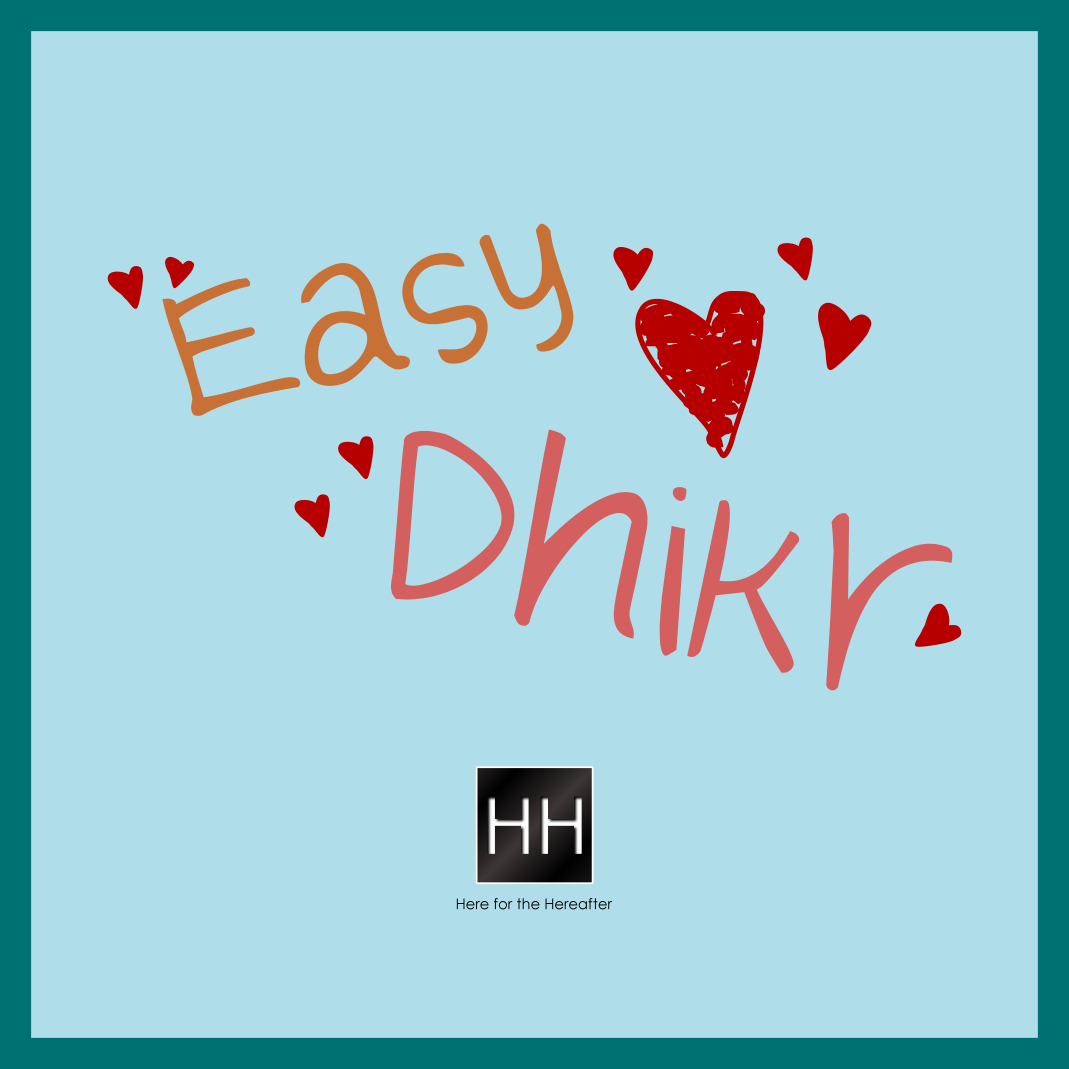 Right from when I was a child the size of my fathers’ legs to the man I have become today by the Grace of Allah, my father has told me, “Son, make the Dhikr (remembrance) of Allah whenever the tongue is free. Do not waste your time.” As a child, I did not have to look into the Quran and Sunnah to obey him. It was only years later that I did look into the matter of Dhikr only to find extraordinary things that blew my mind away and I hope will blow away yours too.

Very often we look for getting the most out of very little, being able to do a lot without much effort. Our own religion allows us to do that and we are unaware of it. If we spend our time, even if it were for a few seconds, in the Dhikr of Allah Subhanahu wa Ta’ala, it could help us gain unimaginable bounties as you will see below.

Ibn al-Qayyim Rahimullah (May Allah have mercy upon him) said:

“Dhikr gives a person strength so that he can do with dhikr that which he cannot do without it. I saw wonders in the strength of Shaykh al-Islam Ibn Taymiyah in walking, speech, courage and writing. He used to write in one day what a scribe would write in a week, or more. The troops saw his amazing strength in war.” [Al-Wabil Al-Sayyib (p. 77)]

“Verily, in the remembrance of Allah do hearts find rest.”

There is none worthy of worship except Allah, alone, Who has no partner. For Him is the Dominion and to Him is the praise and He has power over all things.

O Allah, You are my Lord, there is none worthy of worship but You. You created me and I am your slave. I keep your covenant, and my pledge to you as far as I am able. I seek refuge in You from the evil of what I have done. I acknowledge Your blessings upon me and I admit to my misdeeds. Forgive me for there is none who may forgive sins but You.

I seek the forgiveness of Allah.

I seek the forgiveness of Allah the Mighty, Whom there is none worthy except Him, the Living, The Eternal, and I repent unto Him.

There is no strength and no power except with Allah.