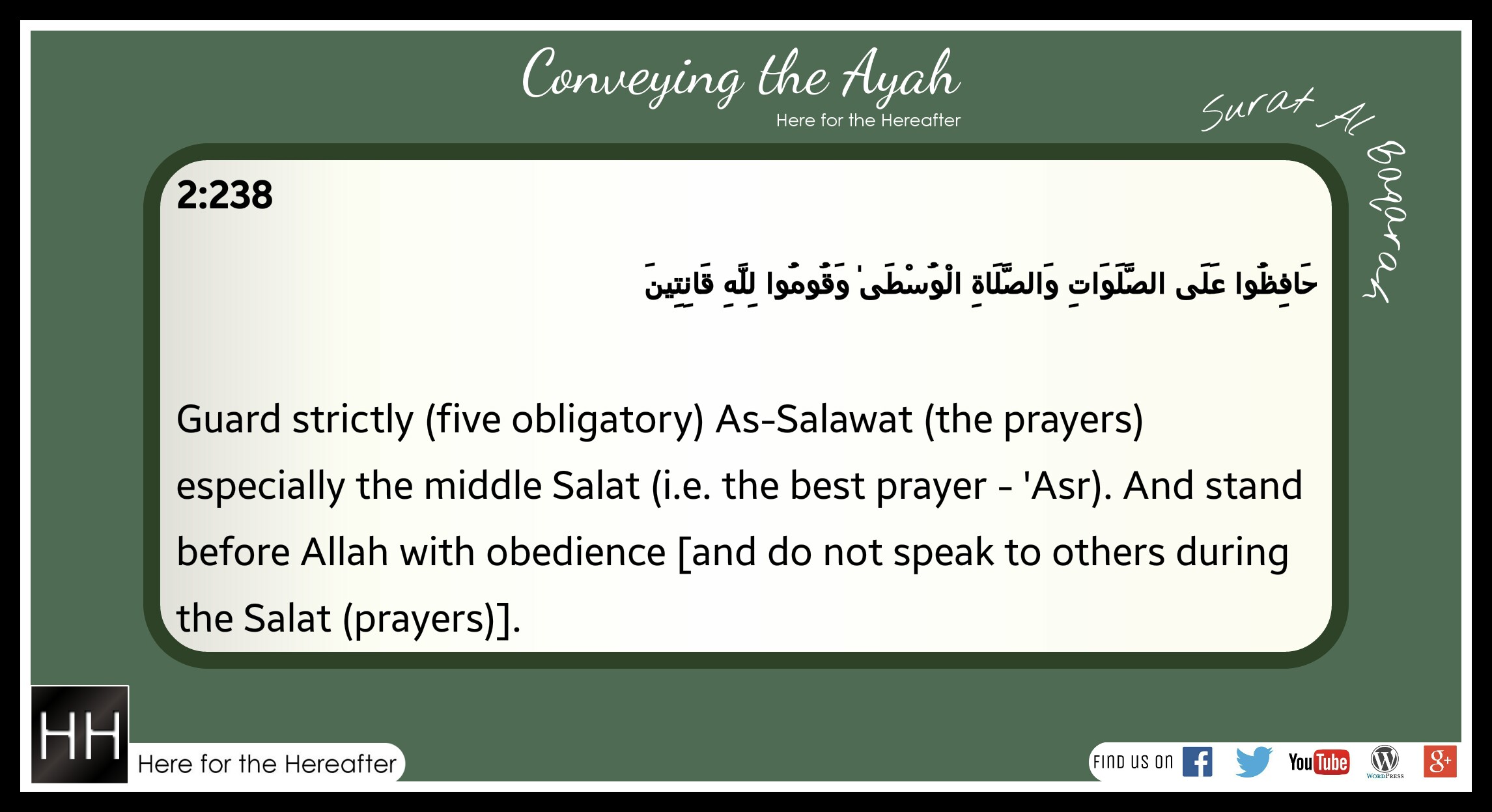 Allah commands that the prayer should be performed properly and on time.

It is reported in the Two Sahihs that Ibn Mas`ud said, “I asked the Prophet, `Which deed is the dearest (to Allah)?”

He replied: “To offer the prayers at their fixed times.”

I asked,`What is the next (in goodness)?’

He replied:  “To participate in Jihad (religious fighting) in Allah’s cause.”

I again asked, `What is the next (in goodness)?’

He replied:”To  be  good  and dutiful to  your  parents.”

Furthermore,  Allah  has specifically mentioned  the  Middle prayer, which is  the  Asr  prayer according  to  the majority  of  the scholars  among  the Companions, as  At-Tirmidhi  and  Al Baghawi have  stated.

Allah’s Messenger emphasized the necessity of preserving the Asr prayer, when he said, as Ibn Umar narrated:

“Whoever misses the Asr prayer will be like who has lost his family and money.”

It is reported in the Sahih that Buraydah bin Al-Husayb said that the Prophet said:

“On a cloudy day, perform the (Asr) prayer early, for whoever misses the Asr prayer, will have his (good) deeds annulled.”

Allah said:  And stand before Allah with obedience.

Meaning, with humbleness and humility before Him (i.e., during the prayer).

This command indicates that it is not allowed to speak during the prayer, as speaking contradicts the nature of the prayer.

This is why the Prophet refused to answer Ibn Mas`ud when he greeted him while he was praying and said afterwards: “The prayer makes one sufficiently busy. i.e., by the various actions of the body, tongue and heart involved during the prayer.

Muslim reported that the Prophet said to Muawiyah bin Hakam As-Sulami when he spoke during the prayer: The ordinary speech people indulge in is not appropriate during the prayer. The prayer involves only Tasbih (praising Allah), Takbir (saying Allahu Akbar, i.e., Allah is the Most Great) and remembering Allah.