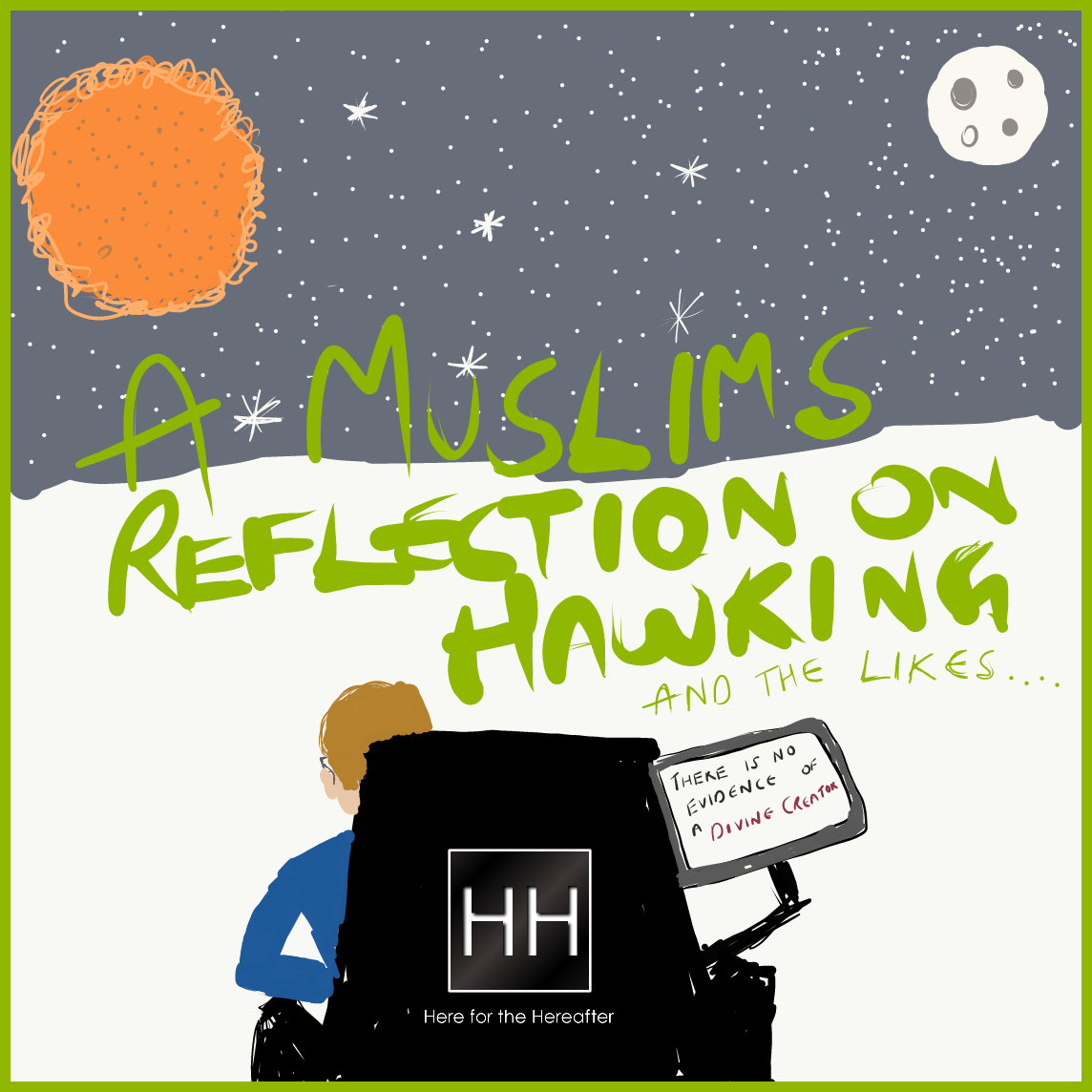 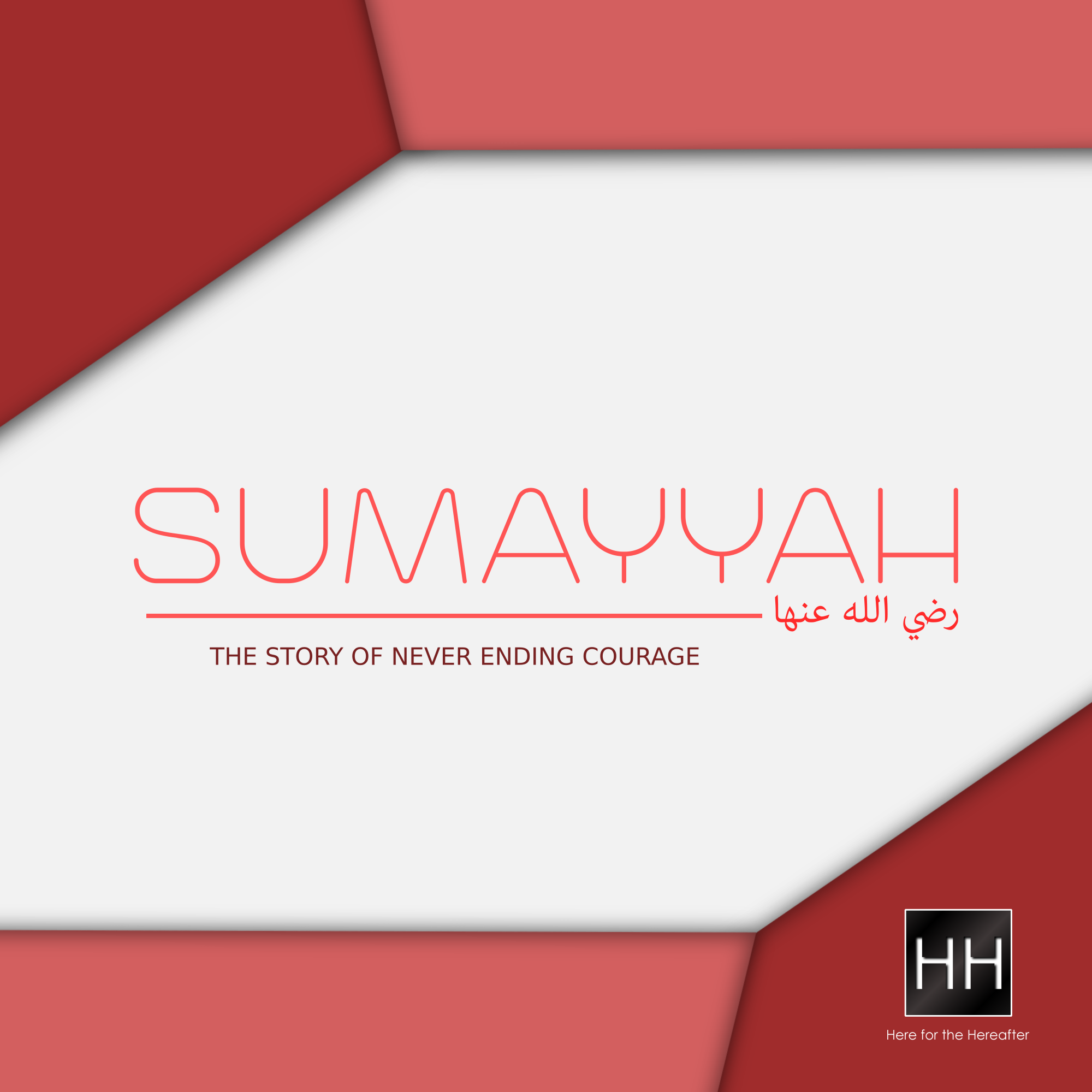 Around 1400 years ago, there lived a woman named Sumayyah bint Khabat RadhiyAllahu Anha (May Allah be pleased with her), a woman of great magnificence, the woman who was one among the first seven people who accepted the word of Allah Subhana wa Ta’ala (Glory be to Him the Most High), the first woman to give her life in the way of Allah Subhana wa Ta’ala and the woman whose family was promised of Jannah for eternity.

The story of Sumayyah RadhiyAllahu Anha begins with her to be husband coming all the way from Yemen to Mecca for getting an insight into the various activities and cultures of this appealing and soulful city.

Yasir Ibn Amir was one of the three young brothers who had set out from Yemen to Mecca. Two of his brothers returned to Yemen after staying in Mecca for a few days. Yasir didn’t leave the city as he had grown an emotional attachment and liking for this beautiful place and decided not to leave this city anytime ever. As was the custom of that time, he got the sponsorship and support of Abu Huthaifah bin Abdullah Makhzoomi, and became his companion and partner. In no time, Yasir and Abu Huthaifah became very good friends and learnt to appreciate each other.

Sumayyah RadhiyAllahu Anha was a slave in the house of Abu Huthaifa. This Ethiopian young girl was extremely sober and level-headed. In a matter of sometime, Yasir married Sumayyah RadhiyAllahu Anha. She bore three sons; Ammar, Abdullah and Haarith. Abu Huthaifa freed the family and continued to support them with financial assistance. He often visited them and maintained good ties with the family.

But soon her story started to take a different course. A rapid set of events occurred and the sounds of laughter soon turned into cries of dismay.

Haarith was murdered before the advent of Islam. It was extremely heart aching for the family of Yasir to bear this inexorable pain.

Subsequent to this, Prophet Muhammed SallAllahuAlaihi Wa Sallam (May the peace and Blessings of Allah be upon him), the Final messenger of Islam, was blessed with the Word of Allah Subhanahu wa Ta’ala, the convincing and breathtaking verses of the Noble Quran were revealed and the mission of proclaiming the Oneness of Allah in worship had begun.

Sumayyah RadhiyAllahu Anha was one amongst the first seven people who embraced Islam and swore that ‘There is none worthy of worship other than Allah Subhanahu wa Ta’ala and Muhammed SallAllahuAlaihi Wa Sallam is His Final Messenger’.

The first seven people who accepted Islam were:

After the death of Haarith, awful tragedies began to dawn upon the family.

The Quraysh of Mecca were bent upon tyrannizing the believers and were forcefully asking them to leave Islam. Yet the undreamt beauty of Islam was refused to be forsaken by the unwavering faith of the believers.

The Quraysh feared harming the Prophet Muhammed SallAllahuAlaihi Wa Sallam because of the power and position of his uncle Abu Talib and also the position of Abu Bakr Siddique RadhiyAllahu Anhu. But the common residents of Mecca were victims to the inhuman maltreatment.

Sumayyah RadhiyAllahu Anha and her family were often dragged into the middle of the market and were tortured in the scorching and scathing heat of the sun. They were subjected to scornful remarks in front of everyone. There was no possible help that could ease their suffering against the cruelty of the Quraysh. On one occasion as the Prophet Muhammed SallAllahuAlaihi Wa Sallam was passing by the marketplace he saw the members of the family being put through the worst form of torture possible. But he was so helpless, that there was no way he could rescue them. He could only console and comfort them by his words. He said,

“Be patient O’ family of Yasir! For your final destination is Paradise.”

Once ‘Ammar managed to escape and reach the Prophet Muhammed SallAllahuAlaihi Wa Sallam and asked him when the persecution of the innocent Muslims would end, and when they would be able to breathe peacefully. He said that things were going way beyond all limits. The Prophet Muhammed SallAllahu Alaihi Wa Sallam then comforted him with a prayer to Allah Subhanahu wa Ta’ala asking to protect and save the family of Yasir from the fire of Hell (i.e. grant them Jannah).

As Allah Subhanahu Wa Ta’ala mentions in the Noble Quran:

“Peace be upon you for what you patiently endured. And excellent is the final home (Paradise).”

Abu Jahl, the Meccan tribal chief, was one of the active protagonists involved in the persecution of Muslims. Abu Jahl relentlessly tortured Sumayyah RadhiyAllahu Anha and had left no means to make her abandon Islam, she continually refused and suffered all the pain. She remained steadfast and determined in what she had believed. He bet her, slashed her, threatened her by all possible means but she was unassailable. His fragile ego was getting hurt to the fact that she was able to resist, no matter what. His anger was burning into flames and in a fit of rage, he thrust a spear into her body. She breathed her last on this occasion in the year 615 C.E. seven years before the Hijrah (migration of Prophet Muhammed SallAllahu Alaihi Wa Sallam from Mecca to Medina) and essentially turned to be the very first female martyr in Islam.

Her husband Yasir was continually subjected to torture by the Quraysh and on one fine day, he also died. Ammar Ibn Yasir RadhiyAllahu Anhu was left behind and he got immense amount of love and support from Rasoolullah SallAllahu Alaihi Wa Sallam. The Prophet SallahuAlayhi wa Sallam was so closely attached to the Ammar RadhiAllahu Anhu that he used to address him lovingly as Ibn Sumayyah.

The Prophet Muhammed SallAllahu Alaihi Wa Sallam often addressed the family of Sumayyah RadiyAllahu Anha with a lot of praise and affection. He loved them thoroughly. Abdullah Bin Masood (May Allah have Mercy upon him) says that Prophet Muhammed SallAllahu Alaihi Wa Sallam once said that whenever dissensions and disputes appeared among the people, Sumayyah RadhiyAllahu Anha always stood by what is right and just.

The remarkable life of Sumayyah RadhiyAllahu Anha is an indispensable lesson for all of us, she is someone to be taken inspiration from.

A staunch defender of Islam, a righteous soul and above all the never ending courage; Sumayyah RadhiyAllahu Anha had it all.  So if you were named Sumayyah, know that you have something great to muse upon.

The Ummah today is being tortured in the various regions of this world. People in Syria, Iraq, Afghanistan, Palestine, Iran, Libya and so many more who are facing challenges every minute of their lives. They do not have anything to eat or drink, they do not a have proper place to sleep, there is no peace for them. But for us, we have no fear of an air strike hitting our homes, we have proper food and drink, we have proper places to sleep, Alhumdulillahi Rabbil Aalameen (All praise be to Allah, Lord of everything that exists), and we are at peace. All we are asked to do is worship Allah Subhanahu wa Ta’la alone and remember Him, abstain from what is evil and fill our balance with lots of hasanah (good deeds). Is that too much to ask for? No matter what difficulty we face today, can it compare to even a minute amount of what the Prophet Muhammed SallAllahu Alaihi wa Sallam and the Sahabas faced? Everyone is tested with trials, and sometimes we come across people in our lives who give us a tough time but we should learn to understand that this is a part of the test and the moment we react in a negative manner, we begin to fail.

It’s time we start to change for the better and come close to the religion of Islam. And if difficulties come our way when we start to obey and worship Allah, just like difficulties came for Sumayyah (RadhiAllahu Anha), we have to stand up against them with bravery and valor, with a never ending courage, just like Sumayyah RadhiAllahu Anha did. She did not give up until her last breath and left behind a legacy for the Muslims to follow, especially the women.

Compiled and written by Sidra Ali

If you liked this article, please download this wonderful book where you will find more such stories:

Other sources used to make this article: